Dispatcher control (cab control)
To operate more than one train using direct current (DC) train control, a model railroad can be divided into a series of isolated electrical blocks. A dispatcher then assigns one or more blocks to an operator's cab, allowing him to run his train in these areas.

Memory throttle
A memory throttle allows an operator to follow a train around the layout. The operator runs the train with a handheld cab that can be plugged into jacks. When the operator unplugs the cab to go to another station or switching location, the train will maintain a constant speed until the cab is reconnected at the next plug-in point. This type of cab is good for following a train around small and large layouts alike.

Digital Command Control (DCC) is another type of multiple-train control. Unlike cab control, DCC doesn't require the use of isolated electrical blocks, making wiring simpler. Instead, each locomotive on a DCC layout is equipped with a decoder, which allows it to receive commands anywhere on the railroad. This way, two or more locomotives can run independently on the same track. Many DCC systems also offer wireless throttles. See fig. 7. 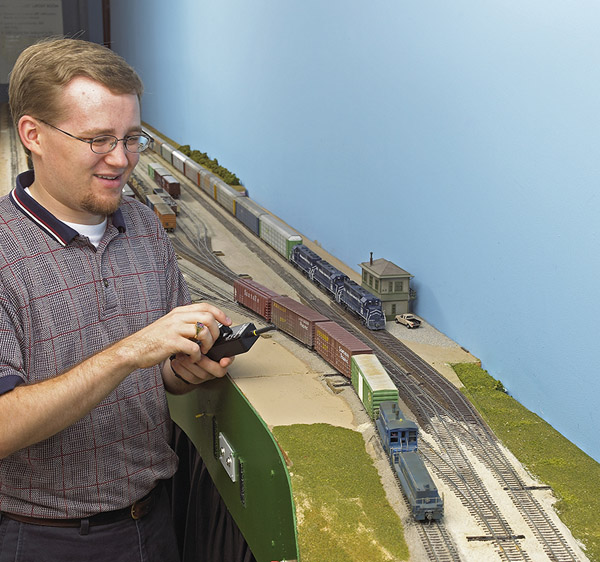 Card order system
All freight operations have either a bill of lading or a computerized switch list that indicates the cargo and destination of each car. On a layout with a card order system, the train operator drops or picks up cars along his route according to each car's card. See fig. 8.

Just a start
Understanding these terms will help you start finding the information and materials you need to build the layout of your dreams. 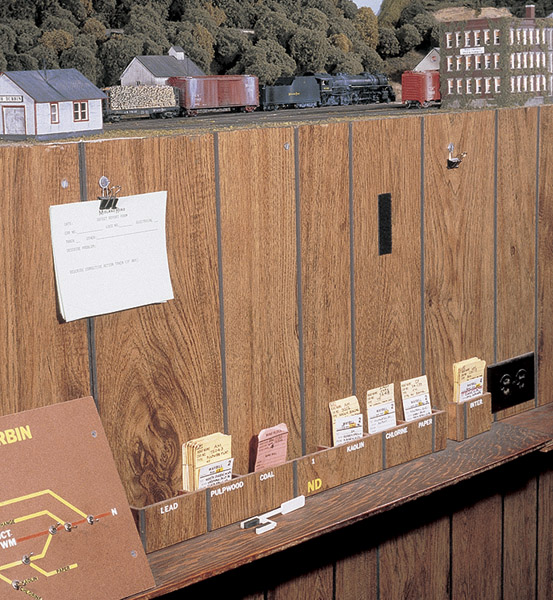 Fig. 8. Card order system. Bill of lading cards are stored in racks attached to the side of a layout.